“The power of social media is that it forces necessary change”

The phenomenon of Social Media has caused a global evolution and given a voice to the digital deaf and mute.

Unknown to many, the first social network site was sixdegrees.com which reigned from 1997 to 2001 – it was based on the concept of ‘Six Degrees of Separation’

What is ‘Six Degrees of Separation?’

Six degrees of separation is the idea that all living things and everything else in the world is six or fewer steps away from each other so that a chain of ‘a friend of a friend’ statements can be made to connect any two people in a maximum of six steps. It was originally set out by Frigyes Karinthy in 1929 and popularized in an eponymous 1990 play written by John Guare.

The global population, among other things, has been using the various social channels to:

While businesses have been using it as a tool to:

What sort of power does ‘Social Media’ give to its users?

The world population around that time would be around 8 billion people; the numbers tend to speak for themselves and what they are saying is both staggering and bewildering.

If you haven’t figured it out, 30% of the world’s population would be on the social platform influencing others or being influenced and if the influecing part is manipulative then the results would speak for themselves.

There have been numerous occassions where such platforms have been used to generate game changing ideas, plans and global initiatives. Along with this, it has been used to topple governments, provide a smooth transition in leadership and a tool for terrorist organization to showcase their ugly achievements.

How has Social Media been used to Change the Global Landscape?

Moldovan citizens demanded recount of the votes that year and also a new election claiming the entire campaign to be rigged.

This was also referred to as the ‘Twitter Revolution’ as it was the platform used by the protestors to communicate and coordinate. 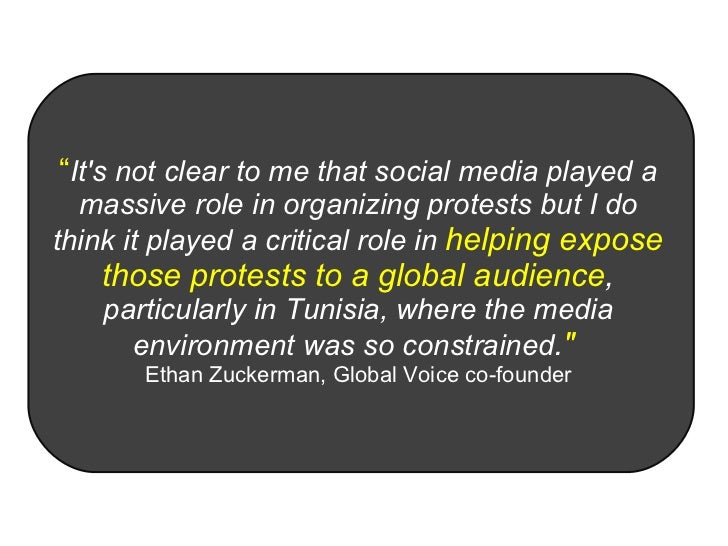 The beginning of the Arab Spring and the only country to have almost completed it – social media was used to accelerate this revolution by leaps and bounds.

Facebook was the most popular in the country at that time and it was used to share various protests and images to fellow countrymen and the outside world – it was also used to organize groups who took care of tasks such as cleanups, food rationing for the protestors and neighborhood watch so as to spy on government militia movements and provide much needed intel.

Tunisian Citizens won their country with the help of social media and set a bench mark for others to follow.

Nothing much to add here.

So, exactly how powerful is this tool called ‘Social Media’?

In a nutshell, it looks like it’s very powerful and people are time and again seeing first hand experiences of the change it unleashes.

Messages related to a bad experience at a retail outlet, a new life event and awkward political promises all find their way on the latest tweet and tend to spread faster across all platforms than any epidemic known to mankind.

Why is this medium so powerful?

You can refer to it as powerful and at the same time influential, but Social Media is here to stay. Some of the reasons why it is growing year on year both in users and popularity can be summarized in mainly 5 points:

The beauty of the scheme of things is people are happy and ecstatic when they are browsing their social accounts and if you happen to be one of them then try and make the best of it by being socially active for causes that can help people around you.